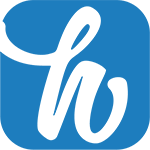 Our goal was to see if our Beginner to Boss course could transform an absolute rookie into a solid harmonica player in 30 days.

Other than picking up a harmonica as a child and blowing into it, I’d say I’m zero out of 10 in terms of ability. No idea how to play other than I know the notes change as you move up and down the harmonica and it sounds different depending on whether you’re blowing into it or breathing in.

What’s your biggest concern when it comes to learning from the Beginner to Boss videos?

My main worries are that I’ll make a horrendous noise and my family will make me stop. That and I’ll be useless.

To make Dan a legitimate guinea pig, the key thing was to let Dan play along with the Beginner to Boss videos without any outside help from me or from another harmonica teacher. Even after the few days, you could see his mood start to change.

How have your first few days been?

Good. Doing the basics at the moment but I feel I’m getting a nice sound and I’m using the techniques right from lesson 1.

I noticed when I got short of breath it was sounding a bit “wobbly” but in one video you did speak of “out gassing” through the nose and when I concentrated on this it got much better and by the third jam I could do it a little more naturally. A few basic techniques to begin with like changing your mouth shape or “saying” different things to get different sounds. Like a “coughing” technique or making sounds like Ta or Ka while blowing or drawing. Looking forward to getting into some songs. I feel like I’m doing okay but it’s early days so I don’t want to get ahead of myself.

Within a week, Dan was already starting to see results as he attempted some more difficult techniques.

You’ve been playing for a week now, Dan. How’s it going?

First week has gone well – difficulty level has moved up a bit towards the end of the week and there’s been harder moments – things like running out of breath or keeping up but it’s all doable. We’re using chords in the first module so it’s playing over a couple of holes which I’m finding fun!

This lesson was a step up in difficulty as there was a lot to take in but I felt good as I managed to keep up with the jams. Also swung eight notes so playing on the third triplet. This was a more challenging lesson as the quick change from draw to blow meant I got a bit mixed up at the beginning but once I’d done it a few times it felt more natural and I actually sounded decent.

Even though Beginner to Boss will make sure you’re playing lots of cool songs quickly, if you’re game to learn some simple music theory it’s like having a map. It will help you get from point A to point B faster, and it’s as easy as 3rd-grade math. We weren’t surprised how quickly Dan got it (don’t worry if you know zero theory; Dan didn’t either).

It’s really kicked on in terms of the songs we’ve been playing. Some really cool stuff – some harder than others. Really enjoyed learning and playing stuff like Love me do,Lean on me, Piano man and Heart of gold – some real classics. It does feel good when you can play along with something you know so well. Finding my speed and breathing have really improved as well

What else did you learn?

Some new techniques and theory like time signatures also like “hand wah”- which sounds great when you get it right – and scales, but the main thing is moved onto single/isolated notes. This is tricky at first but it’s explained well and if you follow Luke’s advice then you can pick it up okay after a little while and the songs sound really good played this way.

Different time sequences and coming in on the second beat not the first. Also, another change in the breathing pattern, which having the two “blows” close together can be a bit muddling at first, but by the third jam feels fine.

Which aspects of the course do you like the best so far?

It’s going great. Lot’s of great songs, new stuff like different scales and techniques like trills thrown in along the way. I really enjoy that it’s heavily song based as it’s great fun to play along with songs you know – almost learning new things without realizing. Some songs are harder than others, normally when they’re a bit faster but Luke will point out if something is more difficult so you don’t lose heart if something doesn’t go perfectly but then you’ll complete a few more lessons and something you were struggling with before you can now do.

After Dan Completed the Course

How do you feel now you’ve completed the course?

The course was great. I really wasn’t expecting to be able to play along with The Beatles or  some authentic blues before the course and I thought it would be far more basic so learning great songs that you could play to people that they would know was great. I called the family in to play them Yesterday after we learned that and they didn’t tell me to stop so I took that as praise.

Did you get stuck at any point?

Finished off the course with a module covering some more advanced techniques – things like bending, octaves, tongue blocking. These were a lot more difficult but these were just a brief introduction and things to go back to if you want to improve on them.

Would you recommend the course to a friend?

I’d definitely recommend the course to anyone interested in learning to play the harmonica as I feel you can learn and improve at quite a fast pace without getting bored and as I said before, the fact that it’s learning by playing along with songs made it more fun and accessible than if it was just going over techniques.

Luke is a fun, enthusiastic teacher and it’s always great to get a “Good job, fun times” from him at the end of a lesson.

We have something for you...

Are you a beginner or struggling to sound good on harmonica? Check out my free beginners kick-start course. You’ll get 3 free video lessons where you’ll learn…

Full backing tracks to jam with

Enter your email address and hit Grab It to get started.

You're in! Check your inbox in the next minute or two for your first lesson.